Each year, at the Annual Merit Review and Peer Evaluation Meeting, the Hydrogen and Fuel Cells Program presents awards for contributions to the overall efforts of the Program and to recognize achievements in specific areas. 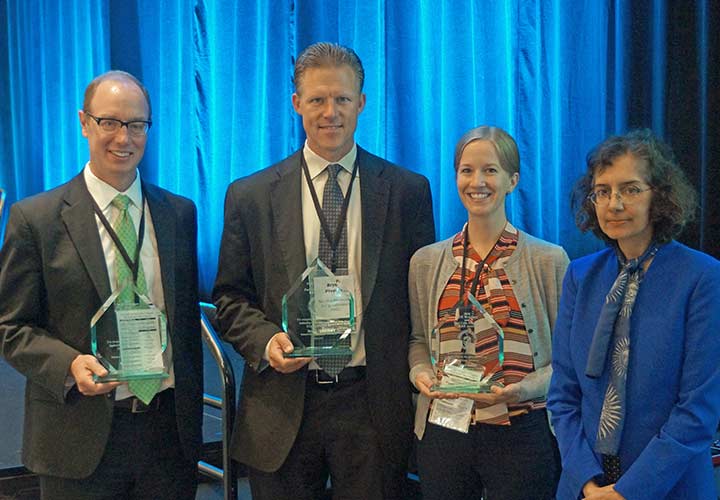 This award recognizes Chris Ainscough from the National Renewable Energy Laboratory for his outstanding dedication and invaluable contributions to advancing technologies in the U.S. Department of Energy's (DOE's) Hydrogen Program. Chris has been critical to the Fuel Cell Technologies Office for nearly 2 decades, and has led activities spanning the full spectrum of early stage R&D, from project management and laboratory research to strategic development of program plans and roadmaps. Chris's initiative, dedication, enthusiasm, and collaborative spirit consistently lead teams to innovative, outside-of-the-box thinking and solutions. 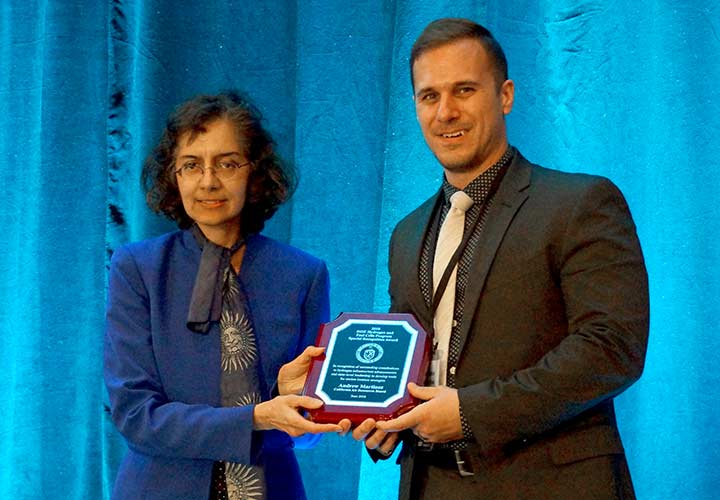 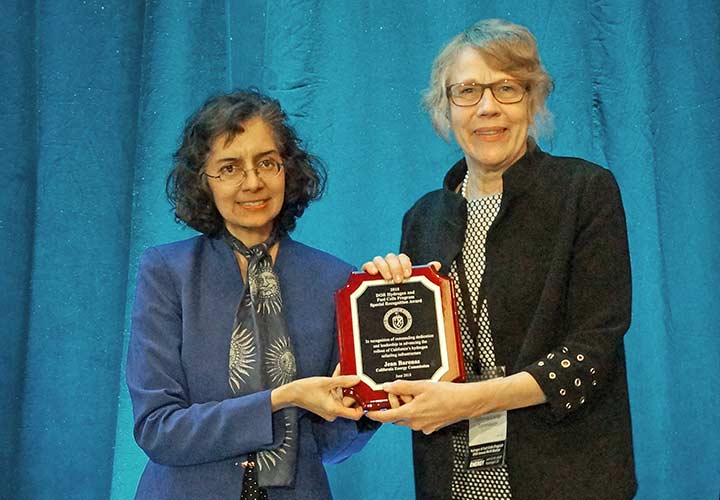 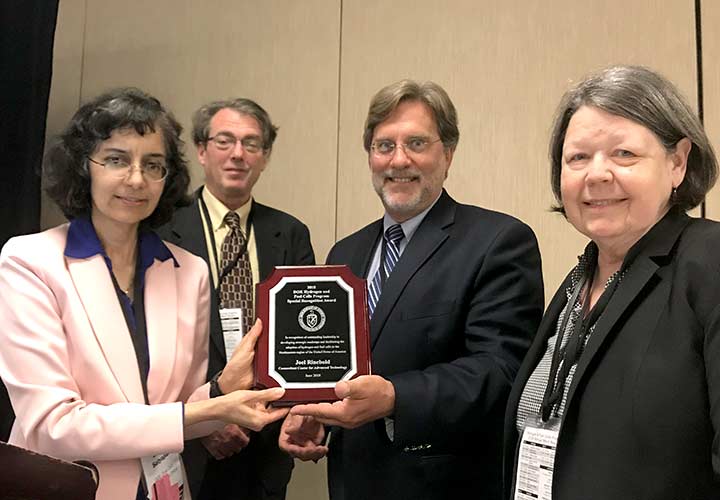 This award recognizes Joel Rinebold for his outstanding leadership in developing strategic roadmaps and facilitating the adoption of hydrogen and fuel cells in the Northeastern region of the United States. Joel's unwavering commitment to hydrogen and fuel cell vehicles has led to the development of state road maps in all Northeastern states: Maine, New Hampshire, Vermont, Massachusetts, Rhode Island, Connecticut, New York, and New Jersey, paving the way for hydrogen refueling infrastructure and fuel cell deployment throughout the region. 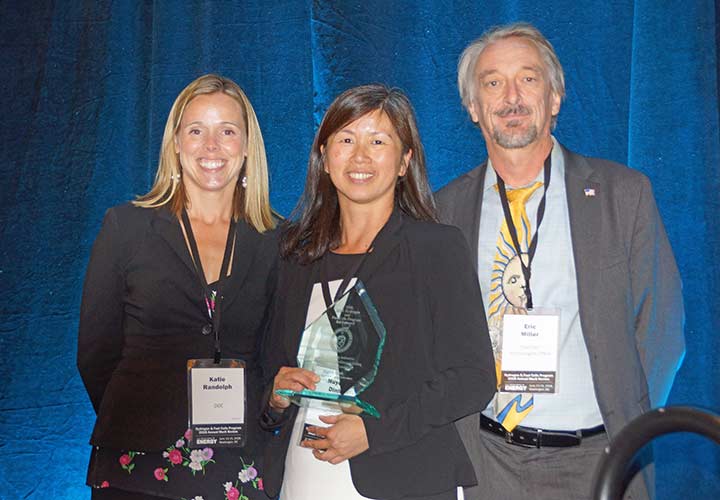 This award recognizes Al Burgunder for outstanding support of target-setting and techno-economic analysis projects within the Hydrogen Delivery program, and of the development of DOE's H2@Scale initiative. Al has been a member of U.S. DRIVE's Hydrogen Delivery Tech Team for 6 years. During this time, he has provided extensive feedback to DOE projects, along with guidance in the development of Argonne National Laboratory's Hydrogen Delivery Scenario Analysis Model and Lawrence Livermore National Laboratory's thermodynamic analyses of liquid hydrogen transfers. Al has organized tours of Praxair facilities for lab researchers, and facilitated meetings between the Tech Team and other industry stakeholders to inform the team of the current status of industry and R&D needs. He has also provided invaluable industry perspective through invited presentations at multiple H2@Scale workshops and outreach events. 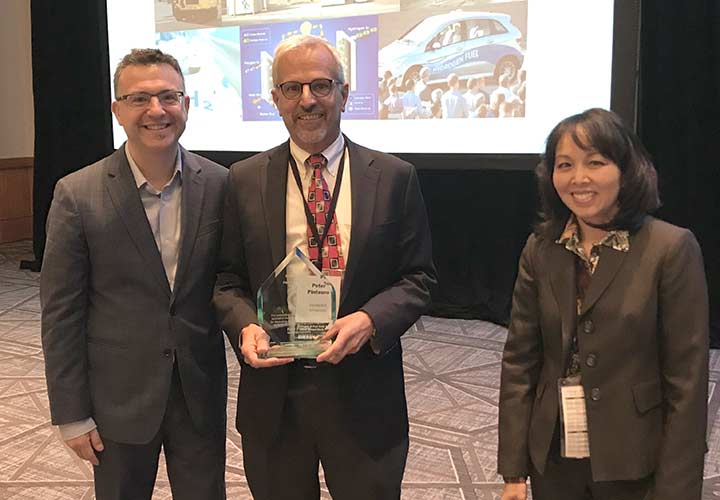 This award recognizes Peter Pintauro for his outstanding achievements in developing an innovative electrospinning technique for fabricating fuel cell electrodes and advancing the Hydrogen Program. Peter and his group are fabricating nanofiber mat cathodes and anodes by electrospinning catalyst powders with a proton-conducting binder, followed by incorporation of these electrode mats into fuel cells for testing. Characterization and analysis of electrospun electrodes versus standard sprayed electrodes will help to gain better understanding and further improve the electrospinning process for this application. As part of the Fuel Cell Consortium for Performance and Durability, this groundbreaking work improves the performance and durability of fuel cells for automotive applications, advancing the widespread use of fuel cell technologies. 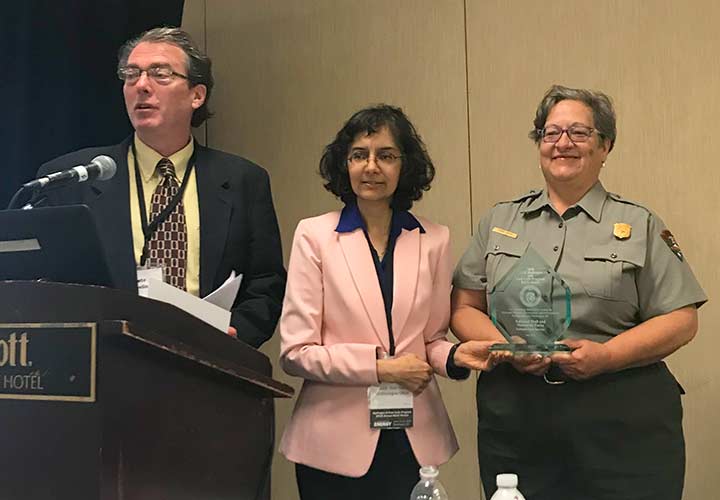 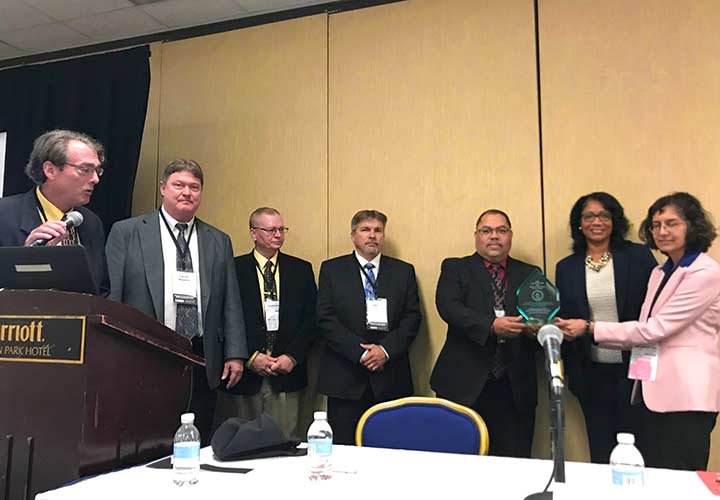 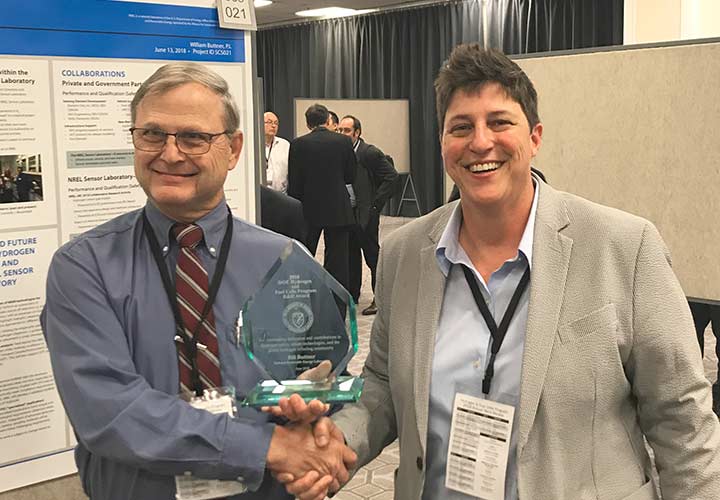 This award recognizes Bill Buttner for his outstanding dedication and contributions to hydrogen safety, sensor technologies, and the global hydrogen refueling community. His collaborative work with international and industry stakeholders has led to the validation of sensor placement—including for indoor spaces—enabling the widespread deployment of fuel cell vehicles. Bill is also a dedicated mentor and teacher, and has a strong commitment to inspiring the next generation of hydrogen and fuel cell technology leaders through his ongoing work with interns and co-op students.